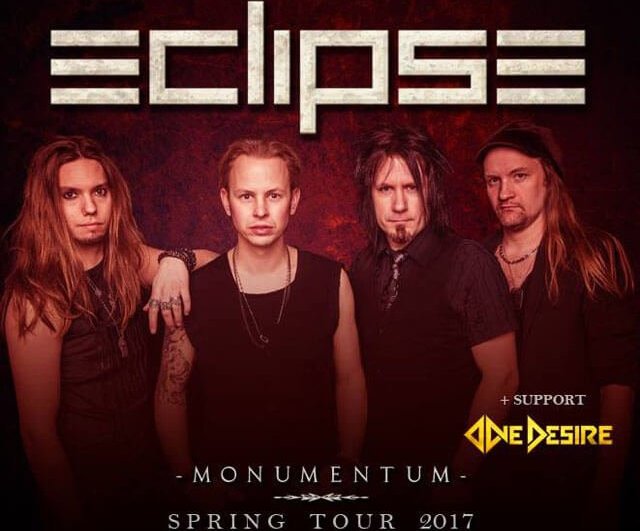 Michael Spiess will be on Tour with the Swedish Band ECLIPSE as their live sound engineer!

ECLIPSE formed in Stockholm 1999 by Erik Mårtensson, Magnus Henriksson & Anders Berlin. As the youngest band in their genre they show that they are not just anymore the brightest hope for Melodic Hard Rock music, but a very solid and strong reality….

They are young, ambitious and full of energy. Eclipse music is not a revival, and it’s not nostalgic. Still… it’s by far the best you can have today if you love rock music with energy, great songs, and want to hear a band that has the ambition to be on top of the world!…

Michael Spiess is happy to engineer the 2nd. leg of their european spring tour in 2017, and as well for the Support Band One Desire: