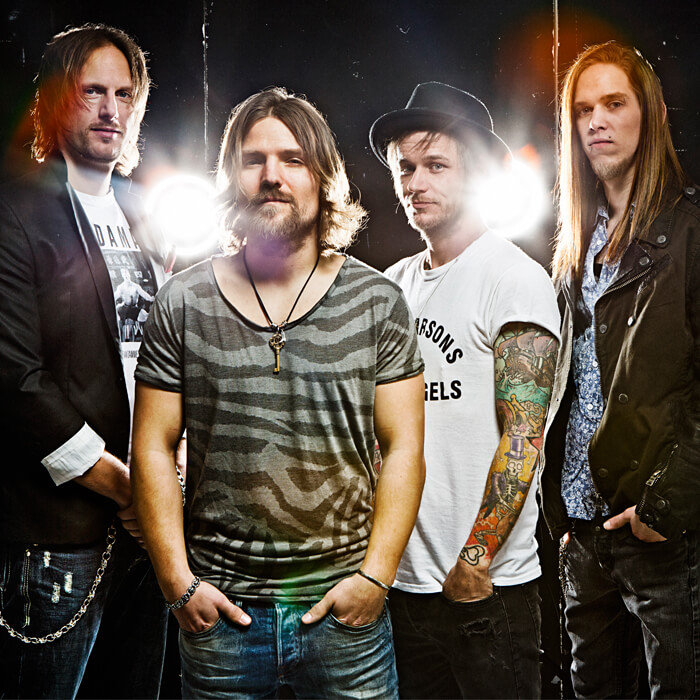 Highlights from their 2015 tour schedule include the UEFA CHAMPIONS FESTIVAL 2015 in Berlin, the Swiss Harley Days, multiple special guest appearances with ACCEPT and MOLLY HATCHET as well as the headliner show at the Hamburg Harley Days with approximately 500,000 visitors.

The new album “Dead Man’s Voice,” is a stylistic continuation of their debut album, Without A Trace”, but is varied by rough edges, big melodies, catchy hooks and a desire to capture the band’s love of live music. “Dead Man’s Voice” was recorded with producer Markus Teske at Bazement Studios in Stinz-Trinitatis and comes alive with the raspy, rock-and-roll vocals of front-man Timmy Rough.

The New Roses have several musical influences to include B.B. King, Chuck Berry, AC/DC, Kid Rock, Bruce Springsteen, Rose Tattoo, Aerosmith, Metallica, and The Black Crowes. But as you will hear for yourself, their style is all their own. Their unique sound was recognized internationally when their debut album’s title track „Without A Trace„ was featured on the popular US television series „SONS OF ANARCHY„ and was selected as the official song for the German trailer campaign.

Following the album release (02-26-2016) the band will also tour extensively through Europe….