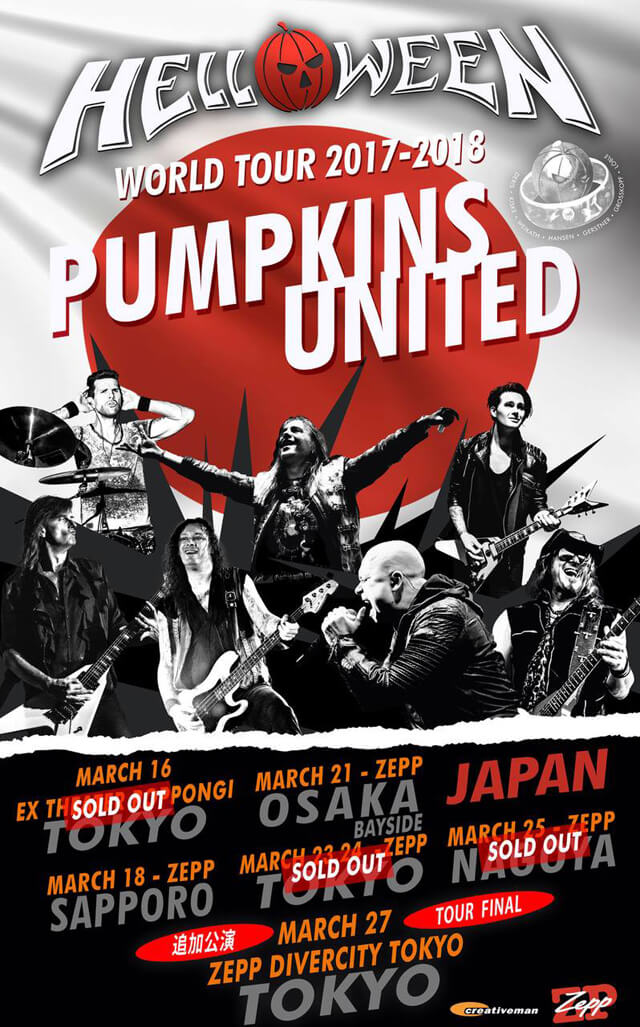 2017 made the Pumpkins United Tour to one of the greatest Experiences in our carrier !
In 2018 the Tour goes on, and Michael Spiess will work again as FOH Sound Engineer for the german band HELLOWEEN !

UMPKINS UNITED Japanese Tour 2018:
During our unique PUMPKINS UNITED world tour (featuring Michael Kiske and Kai Hansen), HELLOWEEN will enter Japan in March 2018 to play some shows for their most loyal fans of all time!

We are looking forward to see you there, let´s turn this once in a lifetime event into an unforgettable memory for all of us!

Rocking 4 nights in Tokyo !
Since even our extra show for Tokyo the 16th was sold out in 48 hours… we´re more than happy to announce the absolute final extra show for March 27th @ Zepp DiverCity Tokyo.